Counsel For Those Contemplating A Missionary Life

Dear Brethren: Your letter of last November, from the pen of your Corresponding Secretary, Mr. William Dean, is before me. It is one of the few letters that I feel called upon to answer, for you ask my advice on several important points. There is, also, in the sentiments you express, something so congenial to my own, that I feel my heart knit to the members of your association, and instead of a commonplace reply, I am desirous of setting down a few items which may be profitable to you in your future course. Brief items they must be, for my lack of time forbids me from writing at length and in detail.

In commencing my remarks, I take you as you are. You are contemplating a missionary life.

There are many points of self-denial that I should like to touch upon, but a consciousness of my own deficiency constrains me to be silent. I have also left untouched several topics of vital importance, it having been my aim to select such only as appear to me to have been not much noticed or enforced. I hope you will excuse the monitorial style that I have accidentally adopted. I assure you, I mean no harm.

In regard to your inquiries concerning studies, qualifications, etc., nothing occurs that I think would be particularly useful, except the simple remark, that I fear too much stress begins to be laid on what is termed a thorough classical education.5

Praying that you may be guided in all your deliberations and that I may yet have the pleasure of welcoming some of you to these heathen shores, I remain

1. This was taken from: Pulling the Eye Tooth from a Live Tiger – A Memoir of the Life and Labors of Adoniram Judson Volume 2 by Francis Wayland, p. 38-41.↩

2. All footnotes have been added by the editor. It is recorded that his journey by vessel from Salem, MA, USA to India was over 150 days.↩

3. From the close of the war to his removal to Maulmain, Dr. Judson had been intimately associated with many of the civil and military officers of the British Government…He was frequently the honored and cherished guest of the gentlemen to whom the care of the ceded provinces was committed. He however, soon perceived that engagements of this kind, from being mere relaxation, began to engross too much of that time the whole of which he had devoted exclusively to the Burmans. In a matter of duty, he was incapable of doing a thing by halves. He immediately resolved to cut off everything like fashionable interaction with his English friends—a resolution to which he steadfastly adhered to the close of his life…No one enjoyed intelligent and cultivated society more keenly than he; and he surrendered it only in obedience to those principles by which he designed to govern his life. (Volume 1, p. 446-447)↩

4. “There are several missionaries…who never acquire the languages, except a mere smattering of them…but beguile their time and expend their labors among their own countrymen and the country-born population, under the fallacious idea that through them the Christian religion will gradually reach the masses of the native population.( Volume 2, p. 318)↩

5. Judson wrote on January 3, 1835 saying, “My ideas of a seminary are very different from those of many persons. I am really unwilling to place young men, that have just begun to love the Savior, under teachers who will strive to carry them through a long course of study, until they are able to unravel metaphysics, and calculate eclipses, and their souls become as dry as the one and as dark as the other. I have known several promising young men completely ruined by this process. Nor is it called for in the present state of the church in Burma. I want to see our young disciples thoroughly acquainted with the Bible from beginning to end, and with geography and history, so far as necessary to understand the Scriptures, and to furnish them with enlarged, enlightened minds. I would also have them carried through a course of systematic theology, on the plan, perhaps, of Dwight’s. And I would have them well instructed in the art of communicating their ideas intelligibly and acceptably by word and by writing.”↩ 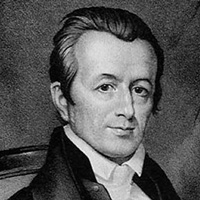