“Blessed is he that considereth the poor: the Lord will deliver him in time of trouble. The Lord will preserve him, and keep him alive; and he shall be blessed upon the earth: and thou wilt not deliver him unto the will of his enemies.” (Psalm 41:1-2)

This is the third psalm to begin with a benediction. The first declares him to be blessed who searches for the word of God, the second him whose sin is pardoned. This one shows the fruit of those who have found God and, in Him, redemption for their sins. Consideration for the poor will not buy us pardon for our offenses against God, but it is the unfailing evidence of the person who has the grace of God in his heart.

A wealthy conservative Christianity that makes loud noises about the virtues of hard work, financial responsibility, national defense and theological orthodoxy yet is utterly insensitive to the suffering of humanity around it is a fraud and a scandal to the name of Jesus Christ.

The poor in view here must not be confused with that lazy, irresponsible horde of outlaws constantly bawling and bellowing and shaking their fists at the government and the church demanding their “rights” to a certain comfortable standard of living. The Bible is quite clear that if a man will not work neither shall he eat. And nothing is said about his right to turn down honest work “beneath his dignity.” No one has a “right” to the fruits of another man’s labor. A person’s earned wealth is his own to do with as he pleases.

But the Bible is equally clear on the matter of the benevolent and compassionate quality of true Christianity. The Savior Who laid aside His riches and became poor in order to rescue us from our distress imparts the same gracious life into those born of His Spirit. Giving is at the very heart of Christian experience and is the guiding motive of the entire Christian life. It is utterly impossible for a person to be right with God and wrong in the matter of giving his money.

Nor is this warning directed to the wealthy alone. It is incumbent upon all of us to give to those whom we have opportunity. Only selfishness and greed will prevent it. He who thus succors the genuinely poor will find God to be his Champion in the day of his own trouble. And that day will surely come. 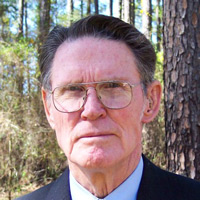