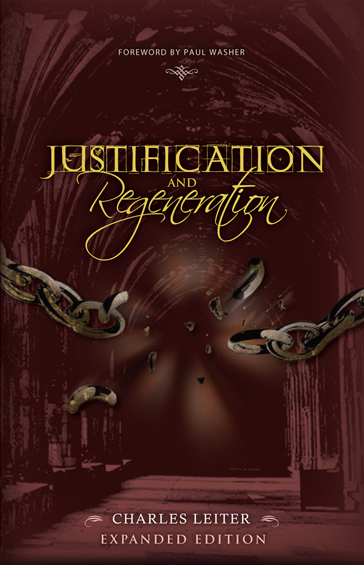 The answers to these and many other questions become clear once we gain a Biblical understanding of justification and regeneration. These two great miracles lie at the very heart of the gospel, yet even among genuine Christians they are surrounded by confusion and ignorance. This book attempts to set forth in clear Biblical light the nature and characteristics of justification and regeneration that God may be glorified and His children brought to know more fully the liberty that is theirs in Christ.

Excerpt from the book: We have seen that sin is the ultimate and only problem of humanity, and that man’s problem with sin has two aspects, one internal and the other external: Not only does every fallen son of Adam have a bad heart; he also has a bad record in the eyes of God’s law. Sin both defiles him and condemns him; its power rules within him, and its penalty rests upon him. Man is both helpless and hopeless— his plight is truly impossible. Into this situation of darkness and despair a great light has shone. Jesus has come. He can and will save His people from both the penalty and power of their sins. He does the former in justification; He does the latter in regeneration… Justification takes place in heaven, in the courtroom of God. Regeneration, on the other hand, takes place on earth, in the heart of man. Justification is a declaration by a Judge; regeneration is an act of creation by an omnipotent Creator. (from page 47)

If you want to buy the book you can go here, or you can download the PDF for free:

In this video Kevin Williams talks about Justification by using many of the thoughts Charles gives in the book.

For an audiobook of Justification & Regeneration in English, go here.

Also see Charles Leiter’s other book, “The Law of Christ“.